DAVISON (DTV) – (11/18/22) – DTV has won another huge national award! The National Academy of Television Arts and Sciences awarded DTV the Student Production Award for Best Sports Coverage in the nation! This is the equivalent of an Emmy for students. The award was given for our coverage of the Davison vs Lapeer Football game on October 22, 2021. It was handed out by ESPN’s Malika Andrews with a special appearance by NBA player Cam Johnson from the Phoenix Suns.

The National Academy of Television Arts & Sciences was founded in 1955. It is dedicated to the advancement of the arts and sciences of television and the promotion of creative leadership for artistic, educational and technical achievements within the television industry. It recognizes excellence in television with the coveted Emmy® Award.

DTV is extremely grateful to Davison Community Schools, Mr. Beamer, the Cardinals Football team, and the entire Davison community and beyond for their continued support! Without all of you, we wouldn’t be who we are! Thank you for tuning in to our live events throughout the year!

Click HERE for the video of NATAS announcing our big win!

DTV was also awarded 5th place in the nation for our story “Heartbreak on and off the lanes” on the girls bowling team last year, and our newscast was a finalist for the Pacemaker award hosted by the National Scholastic Press Association.

DAVISON (DTV) – 1/25/22 – Local scholarships are available and ready for students to apply for!

These scholarships are awarded on Senior Honors Night later in the year!

The SET SEG Foundation’s 2022 Skilled Trade Scholarship application is also now available. Michigan public high school seniors who are enrolled or plan to enroll in an accredited two-year college, technical school or other accredited technical institute within the next 12 months are eligible to apply for this scholarship.

If you have any questions regarding the application process or the scholarship, please contact setsegfoundation@setseg.org or call at (800) 292-5421.

Good luck to everyone who is testing, get some rest, and come ready to dominate.

The annual Spirit Cup kicked off bright and early this morning at Davison High School .  The Spirit Cup is not only a competition between high schools level of school spirit but more importantly a fundraiser to raise money and food for the Eastern Michigan food bank.

Lots of spirited Davison students came out for this event including students from the Pom Pon team, Marching Band, Color Guard, and Robotics.

Check out the highlights!

Seniors were nominated for different categories of superlatives and then mock elections were held.

Students voted on 31 categories including Best Dressed, Most Cardinal Spirit, and Most Likely To Be President.

Winners of each category got a trophy and will be featured in the high school yearbook.

Click the link to see all nominees and winners–>> MOCK ELECTIONS

Carman  dominated most of the game and won with a final score of 63 to 44.

They will now move on to the next round regionals.

DTV spoke with Coach Hitchcock and he told us  win or lose, the girls are champs in his eyes.

(03/02/18) –  Two people are dead after a shooting on the campus of Central Michigan University. It happened Friday morning at Campbell Hall.

As of Saturday morning the suspect James Eric Davis, Jr has been caught and is in custody . He is described as a 19 year-old black male, 5’10” and 135 lbs wearing mustard yellow pants and a blue hoodie. Police believe he may have removed his hoodie.

The deceased have been confirmed as the suspects parents James Eric Davis Sr. and Diva Jeneen Davis.

Police has said that Davis was in the hospital and has been reported as acting weird in the days leading to the shooting.

He is now in the hospital being tested and getting help

DTV has been in contact with our former students and they are all safe.

Residents are now trying to go back to normal as best as possible.

Photo of the crime scene: 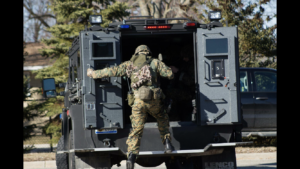 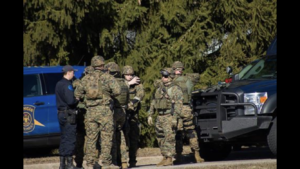 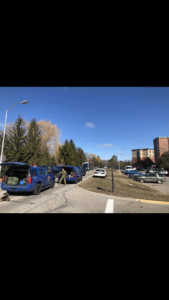 Photo of the Suspect: 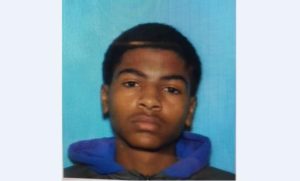 Photos of the police investigation: 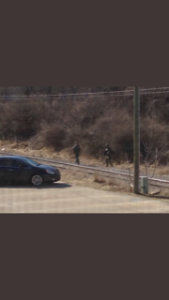 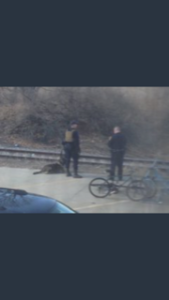 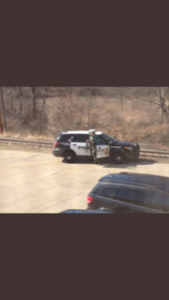 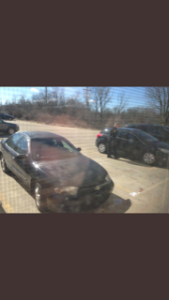 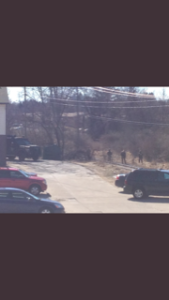 DTV spoke with a friend of the shooting suspect. Listen to that interview here:

This Thursday February 15th,  DTV will be hosting their GameDay special at the double header against Carman Ainsworth here at home. We will kick off the night with the girls game at 5:30. We will be broadcasting an ESPN style halftime show in between the girls and boys games. Then we will bring you all the action from the boys game along with a post wrap up show. If you are not able to make it to the game you can check us out live on our Charter channel 191 or watch the DTV News YouTube stream.

After 4 years of being a finalist, DTV was announced one of the seven 2017 Broadcast Pacemaker Winners for the best high school newscast in the nation.  The award was given this year in Dallas by the National Scholastic Press Association. This is DTV’s 4th year winning the Pacemaker since 2003. The newscast features Alesia Paxton, winner of the Student Production award for her Domestic Abuse PSA, Execute Producer, Jordyn Bruns, and the Sports Director, Kaitlin Abdella. The highest number of awards given was broke this year with seven winners from Texas, California, Florida, Missouri and Michigan.           http://studentpress.org/nspa/awards/2017-broadcast-pacemaker-winners/

Daviosn’s alumni and state champion runner Joe Renner was recently in a Grand Valley commercial.He been working hard both in school and on the track team.he tweeted grand valley and asked what can he do to get a commercial and a billboard  #golakers !!! Watch the commerical here.