It’s that time of year again… Cool to care season is upon us. With the holidays coming up, it is the time to give back to those who aren’t able to afford a nice holiday meal. That is what cool to care is here for. Every year Davison schools comes together and brings in cans of food and nonperishable goods to help out the ones who need it in our community.   To give students an even bigger invective there is a competition between each department, Math classes against English and Science against history.   All the cans you bring in should go to your first hour and the department who collects the most will elect a teacher to get a consequence. Also, the class who collects the most will get a breakfast party. This is a great program, all donations go right back to the people in Davison who need it at outreach east. Donations will be taken up until December 1st, every can counts and remember it is COOL 2 CARE.

Yesterday was a big day in DTV history, for the first time ever we were nominated and WON a national student production award! After an afternoon of DTV just celebrating the fact that we were even nominated the whole crew sat down to watch the live stream. Dancing with the Star’s Tom Bergeron was the host, and when he announced that DTV had won the serious news category for our Domestic abuse story we all went crazy. We are so excited for this incredible honer and are so glad that Madison’s story is getting out there and this award definitely goes out to her. You can watch the Abuse story here.

The Cardinals take on the Carman Cavaliers Friday September 8th at cardinals stadium.  This game will be one of the biggest games so far.  The Cardinals record is 2-0.  The cardinals are looking to go 3-0 for the 2nd straight year, with the head coach Kyle Zimmerman returning to coach the game after a short suspension.  The Cavaliers are 1-1 after a heart breaking loss to Grand Blanc 51-46.  Last year Davison headed to the playoffs and are hoping they will have the chance to go again.  The Cardinals and the Cavaliers have had a lot of epic battles with the record being 6-6 over the last 10 years.  This is expected to be a big game so get there early.  The game starts at 7  pm and tickets are only $5.  If you can’t make it out tonight, you can always watch Dtv’s live broadcast on channel 191.

THE CARDINALS WIN AGAIN!  The third game of the year has been won by the Davison Cardinals with a score of 50 points while the Cavaliers sport a score of 13.  The first quarter took off with a great start as Cannon Hall secured the first touchdown of the game.  Running a whopping 55 yards down the field to the end zone, Davison earned 7 points.  But, the Cavaliers make a come back with their own 61 yard touchdown by Malik Bashir -Cager.  The game was at a tie until Davison made two more thrilling touchdowns by Austin Rowland, who did it with a fumble recovery in the end zone, and Gabe Ellis, who scored by making an interseption and running 33 yards.  The score in the first quarter resulted with Davison in the lead, 20 to 7.  The second quarter was even more exciting.  In the beginning, there were already 8 penalty’s called.  Plus a few players were injured on both teams, but that didn’t stop the Cardinals from scoring another touchdown.  Once again, Cannon Hall scored making it 26 to 7.  In addition, Tariq Reid gained the team two extra points.  Carman tried to comeback and made a great run down the field, but it just wasn’t enough.  The third quarter, the cardinals ran a great play.  A two point conversion made by Max Slezack and Tariq Reid boosted the score to 36-7.  And the points don’t stop there!  Again Tariq Reid ran 46 yards, amazingly dodging 3 to 4 tackles from Carman, and scoring yet another 7 points.  But then, Carman put up a really good fight and scored putting their team’s score at 13.  To end this event, one more touchdown was made by the Cardinals Lamar Hey.  The end score was 50 to 13.  A very excellent game it was and great job to all of these extraordinary athletes that played!  If you didn’t get the chance to watch the football game, Dtv will be replaying it all weekend on channel 191 at 12:30 and 7:30.

Five people involved in the Flint Water Crisis were charged with manslaughter along with other charges.  This is the biggest step towards justice for Flint yet.

Eden Wells, an MDHHS Medical Executive, was not accused with manslaughter but was charged with Obstruction of Justice and Lying to a Peace Officer.

Many people questioned why Governor Snyder was not charged along with the rest of these people. Schuette did say that they tried to interview the Governor but were unsuccessful.

Here is the full story on the press conference.

Tonight DTV will be airing the second annual All Star football game. All the newly graduated seniors from the Genesee School district will be battling it out tonight as team rise and team grind take the field. All proceeds from tonight game will be going to Mission 22, to hep our veterans.   You can watch the game live on our charter channel 191.

Watch how the players are getting ready for the big game.

Friday Night Live was a success!
Thank you to all the people who came out to support DTV, and if you couldn’t make it. Don’t Worry! We can still give you some laughs.

Check it out here: 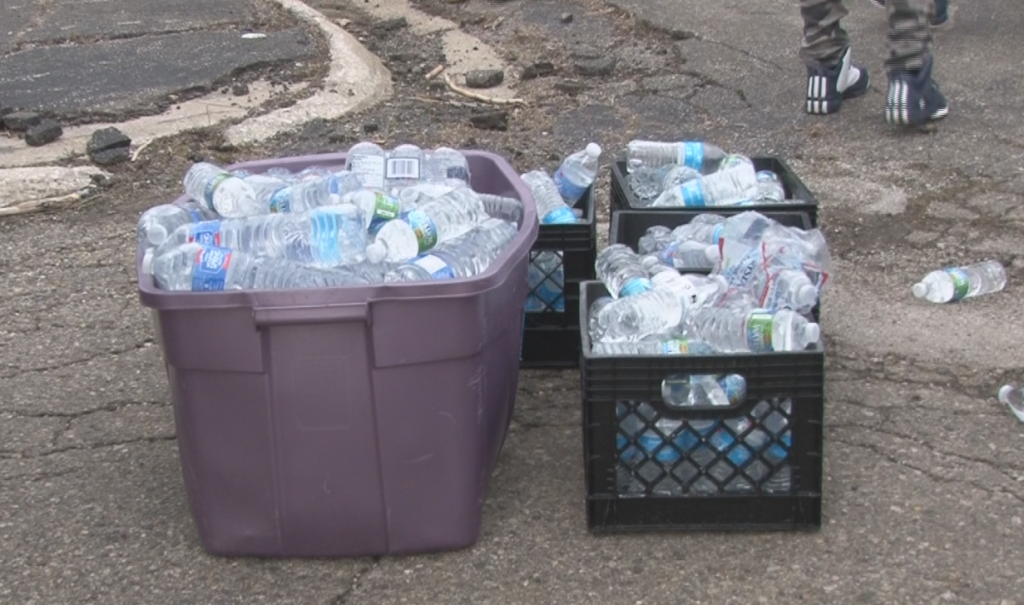 January 19th, 2017 marks the 1,000th  day of what became known as the Flint Water Crisis. It has been days full of tainted water harmful to the people of Flint. On April 25, 2014, the city of Flint did something that would change the fate of the community forever. How did we reach day 1,000?

To see how the crisis began watch the video below

Before the crisis,  Flint was put under the emergency manager law. This law allows the state to take away local power and place an emergency manager to fix a financial crisis.  At the time Flint was broke, Darnell Early, Flint’s Emergency Manager,  took over to cut costs in Flint. One decision made was to switch to the Flint River as a main water source. Prior to the switch, Flint was getting their water from a source in Detroit, which was quite costly. To lower this cost, plans were made to switch to the Karegnondi Water Authority (KWA) pipeline that ran straight from Flint to Lake Huron, but the only problem here was that the pipeline was not built yet. The plans to finish the pipeline would take at least 3 years, so in the mean time, the city voted to switch its water source to the Flint river to cut cost.

Soon after the switch, a crisis  arose when boil-water advisories were issued because E-coli bacteria was found in the water.  Not long after, another advisory was released with warnings of Coliform bacteria. To combat these bacteria’s found in the water, the city had to up chlorine levels which then lead to high levels of TTHM (total trihalomethanes). These chemical compounds form when organic matter reacts with the chlorine disinfectants. People in Flint started to get rashes and become sick. On top of that, water bills were raised.  After continuous water warnings, Flint was beginning to loose trust in their government and the water.

Odors, a discoloration in the water, and health issues became a common problem in Flint homes. People of Flint started to reach out and raise concerns, but the city, state officials and local media were not listening. Therefore, they took matters into their own hands.  Flint mother, Lee-Ann Walters had demanded for her water to be tested and had discovered 104 parts per billion of lead in her water. She had contacted Miguel Del Toral, a manger at the EPA’s Midwest water division, to inform him that the water plant was not treating the water with the correct corrosive controls leading to the lead problem. After Del Toral had been informed of these results he decided to look into the concerns further and had found that the MDEQ was illegally not using corrosive control in the water. He had informed the EPA (Environmental Protection Agency) and MDEQ ( Michigan Department of Environmental Quality) of his concerns. Once the concerns were presented, he was silenced, he was then advised not to talk about Flint or to anyone from Flint. Outside of work Del Toral had released his findings to Walters and water expert Dr. Mark Edwards.

To see how government handled the crisis watch the video below

On September  15, 2015 these results were released to the public and it was confirmed that alarming amounts of lead were in the water all throughout Flint. Around the same time, the city and state began  to notice a huge incline of lead in children’s blood levels. Even after these finding, the state had neglected to let the city know of the issue, but after Dr. Monna Hannh-Attisha had publicly raised these concerns, a health  emergency was put into place. Flint was told they could no longer use their water, still had to pay the high bills, and now had to buy bottled water. Beyond a lead crisis, a government crisis arose.

To learn about lead in the blood

See how the crisis was more than a lead problem

Once learning that families were experiencing lead poisoning and that the water was not being treated correctly, it was undeniable that Flint needed to switch back to the Detroit pipeline. The switch back would take $15.35 million dollars. Governor Snyder signed a bill granting $9.35 million from the state, Flint would have to pay $2 million, and the Mott foundations pledged $4 million dollars to fund the switch back.

Not only was there a lead crisis, but it was also discovered that there was a huge outbreak of legionnaires’ disease. In fact, there were 12 deaths do to the disease, and the main suspect was the Flint river. The yearly average of cases of Legionnaires’ disease is 12. From June of 2014 to November of 2015 there were 91 cases in Genesee County.

Once they switched back, the EPA and other sources started keeping a close eye on the water. The data being collected is showing a trend of better results, but after all Flint has been through they just can’t seem to trust the government. To bring hope back to Flint, President Obama made a stop in the city, ensuring better lead results and security in using filters. The only question left is was Obama’s reassurance enough?

Learn more about Obama’s visit to Flint watch below

See how Flint reacted to Obama’s visit watch below

Nonetheless the crisis is NOT over. People in Flint still cannot use their water. The children still have lead poisoning, rashes, bone weakness, hair and teeth loss, and more.

To see families living with the crisis in 2017 watch below

Flint still has a long way to go when it comes to being fixed. This is a process that will take years, if not decades. The plan to replace lead pipes is predicted to take at least three years to finish. Kids in Flint with lead poisoning will need years of healthcare and special education. These plans will only follow through if Flint can manage to get the funding they need. The water plant needs an estimated $60 million alone to be able to treat raw water from the KWA pipeline. This plan for the water plant will also take some time, the best case scenario is to take three years for renovations. Typically, these kinds of renovations take close to ten years. 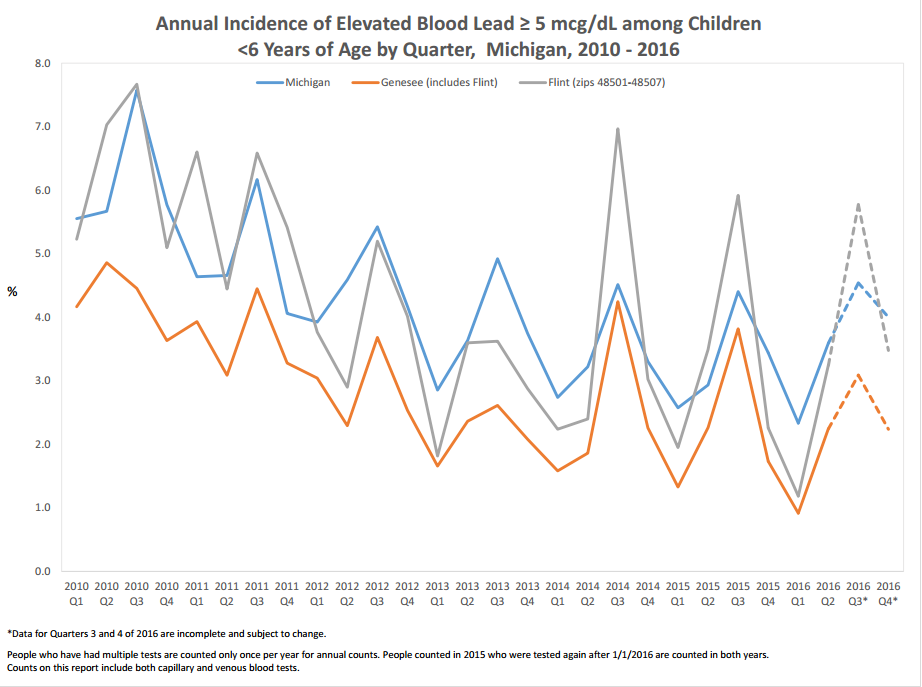 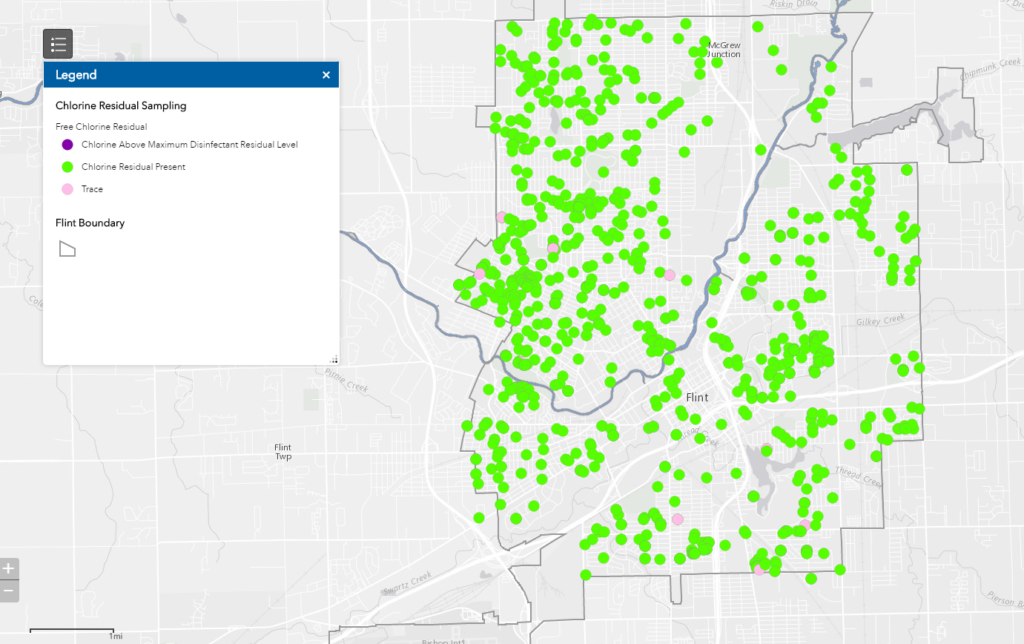 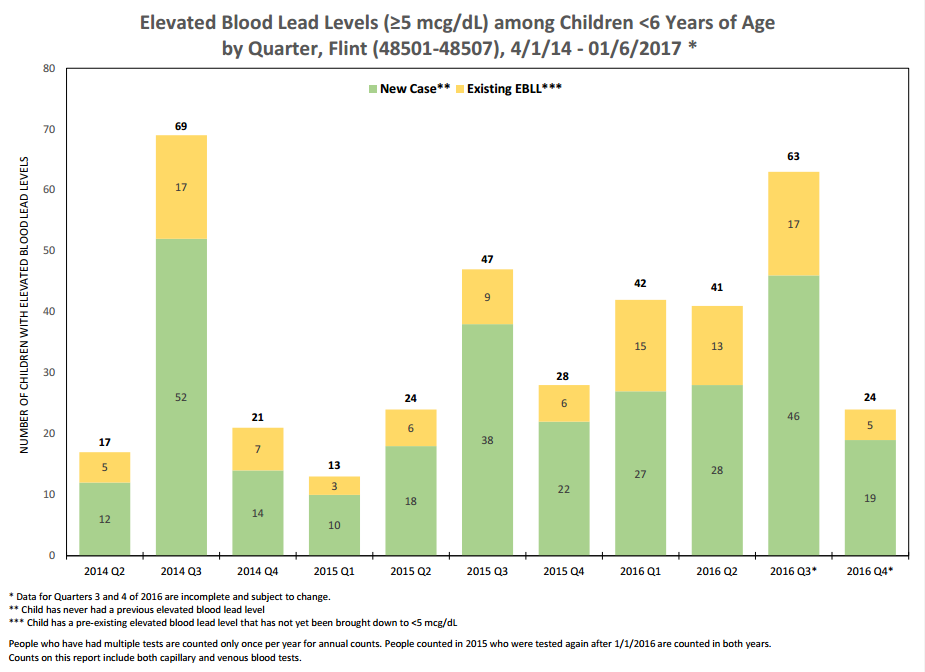 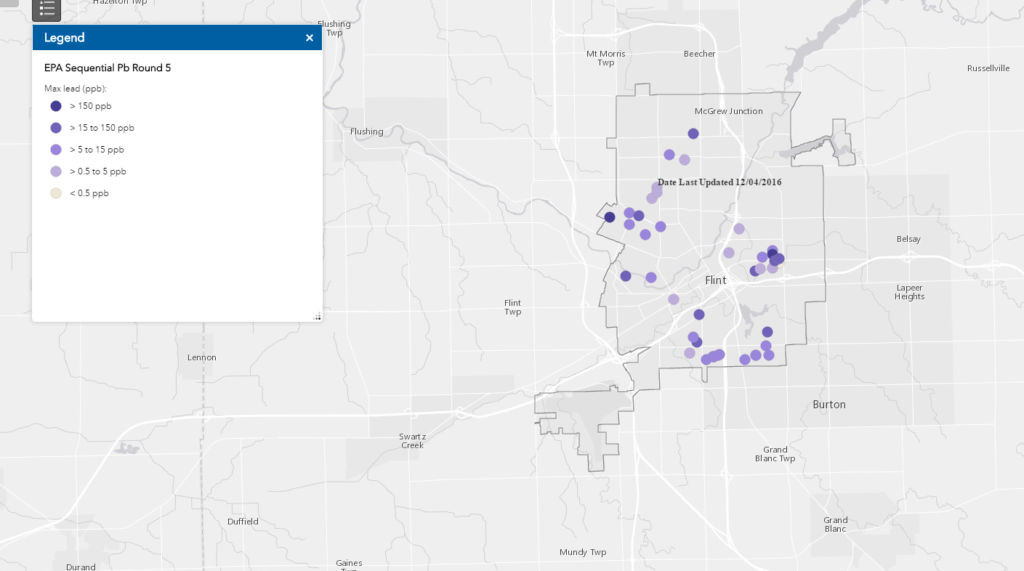 To see the governors Snyder promises to Flint watch below