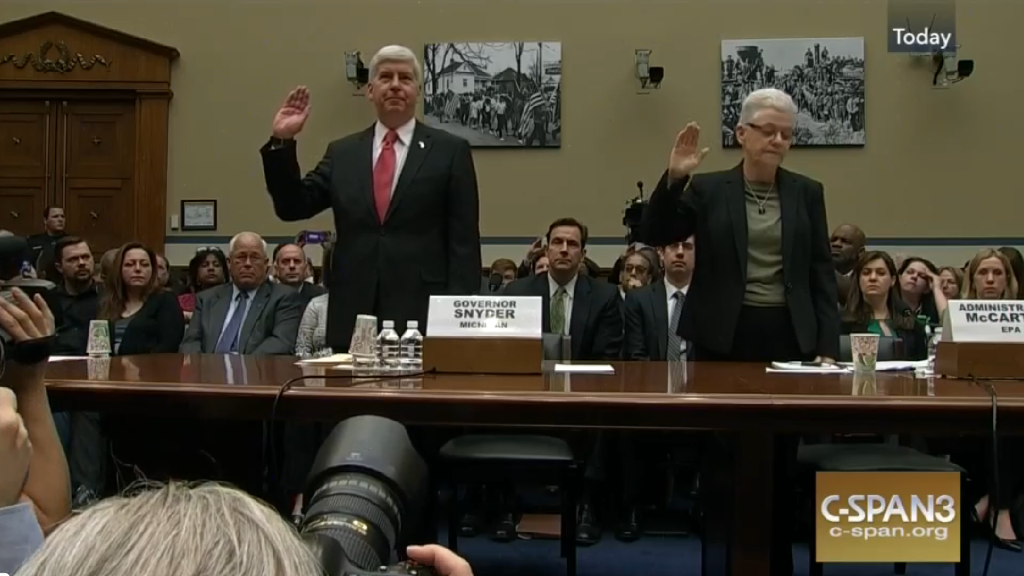 Thursday’s hearing continued to see the blame game, and unfortunately, partisan politics. Governor Rick Snyder and EPA Administrator Gina McCarthy both were apart of the panel. Throughout the hearing, Democrats tended to accuse Gov. Snyder and his administration, while on the other side of the aisle, Republicans continued to blame the EPA. Here’s Rep. Matt Cartwright (D-PA) refusing to believe Snyder’s testimony. On the flipside, here’s Rep. Paul Gosar (R-AZ) placing blame onto McCarthy and the EPA. One of the more unique speakings came from Rep. Gerald Connolly (D-VA) as he not only acknowledged the committees partisan roadblocks, but especially pointed blame on the EM and Gov. Snyder’s administration.

The hearings led to few new facts, and fingers continued to be pointed at the MDEQ, the EPA, Snyder’s administration, and everyone involved.